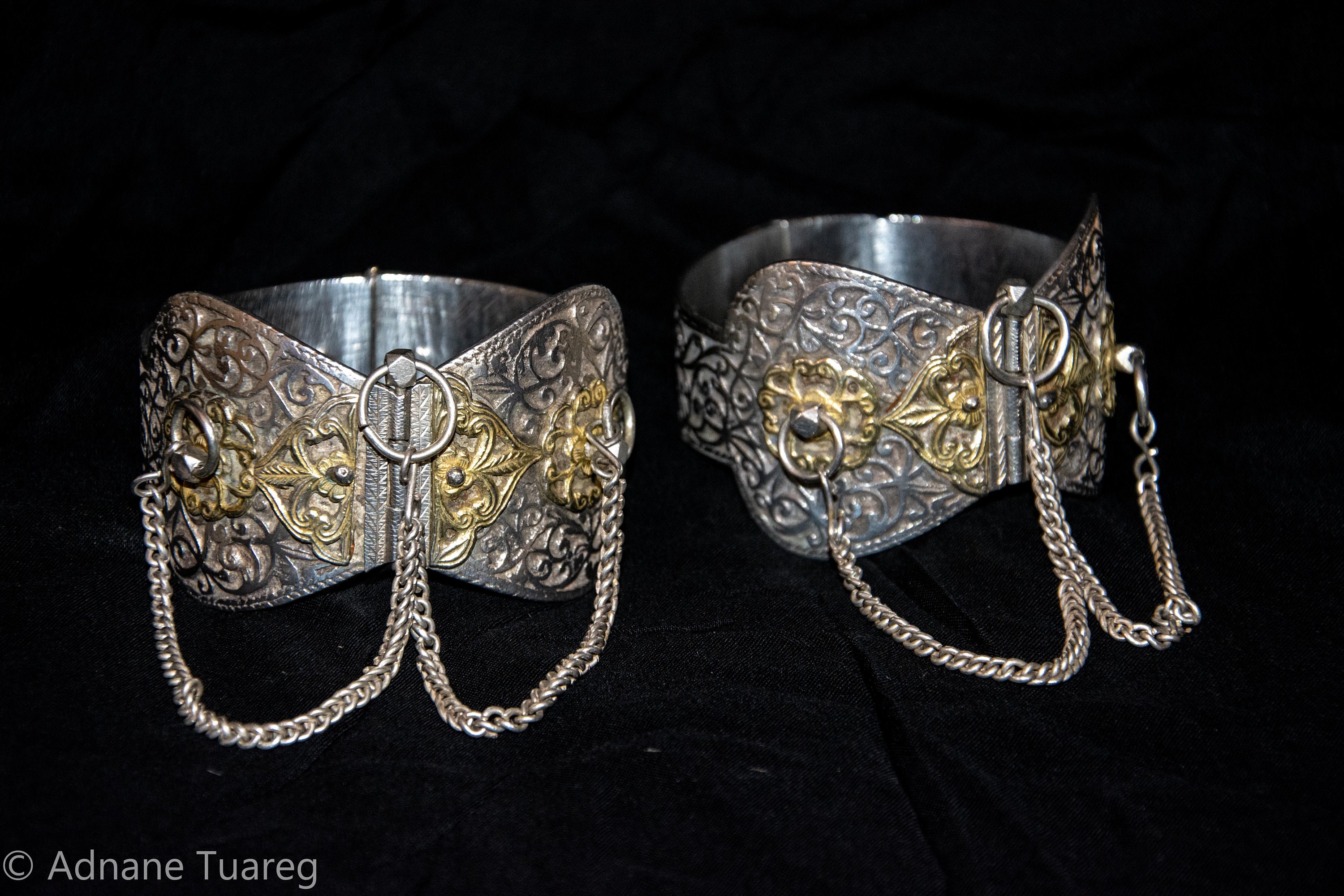 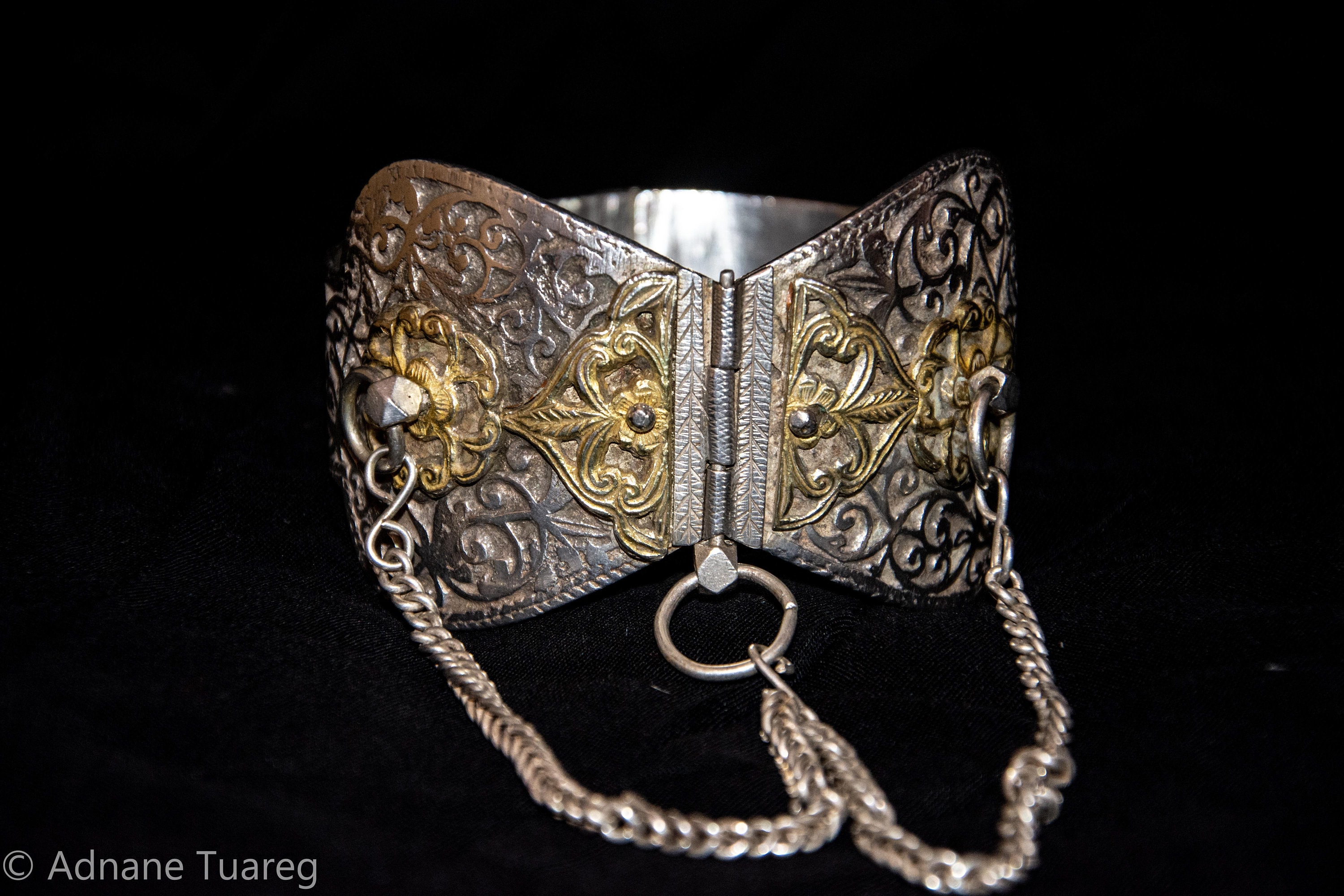 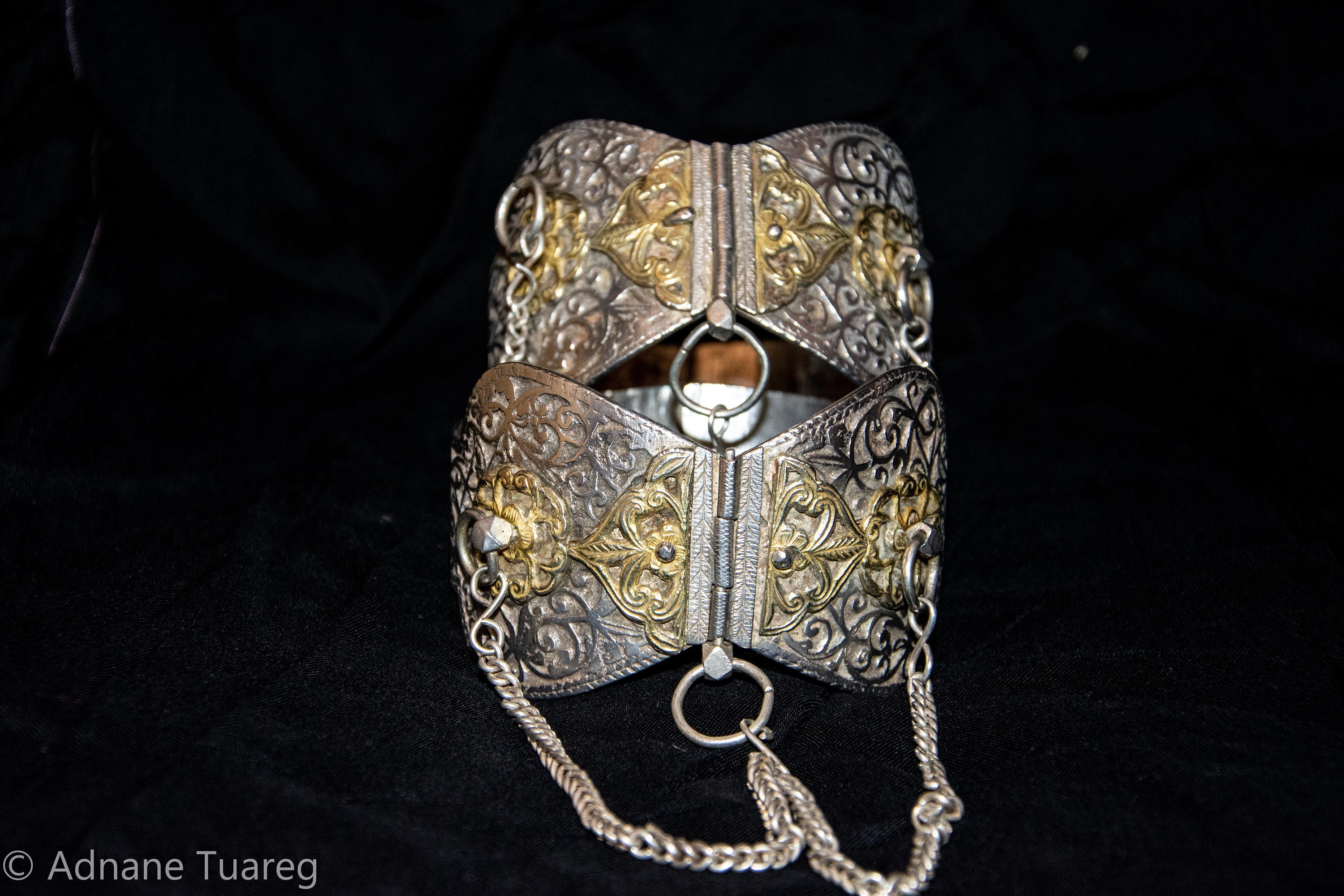 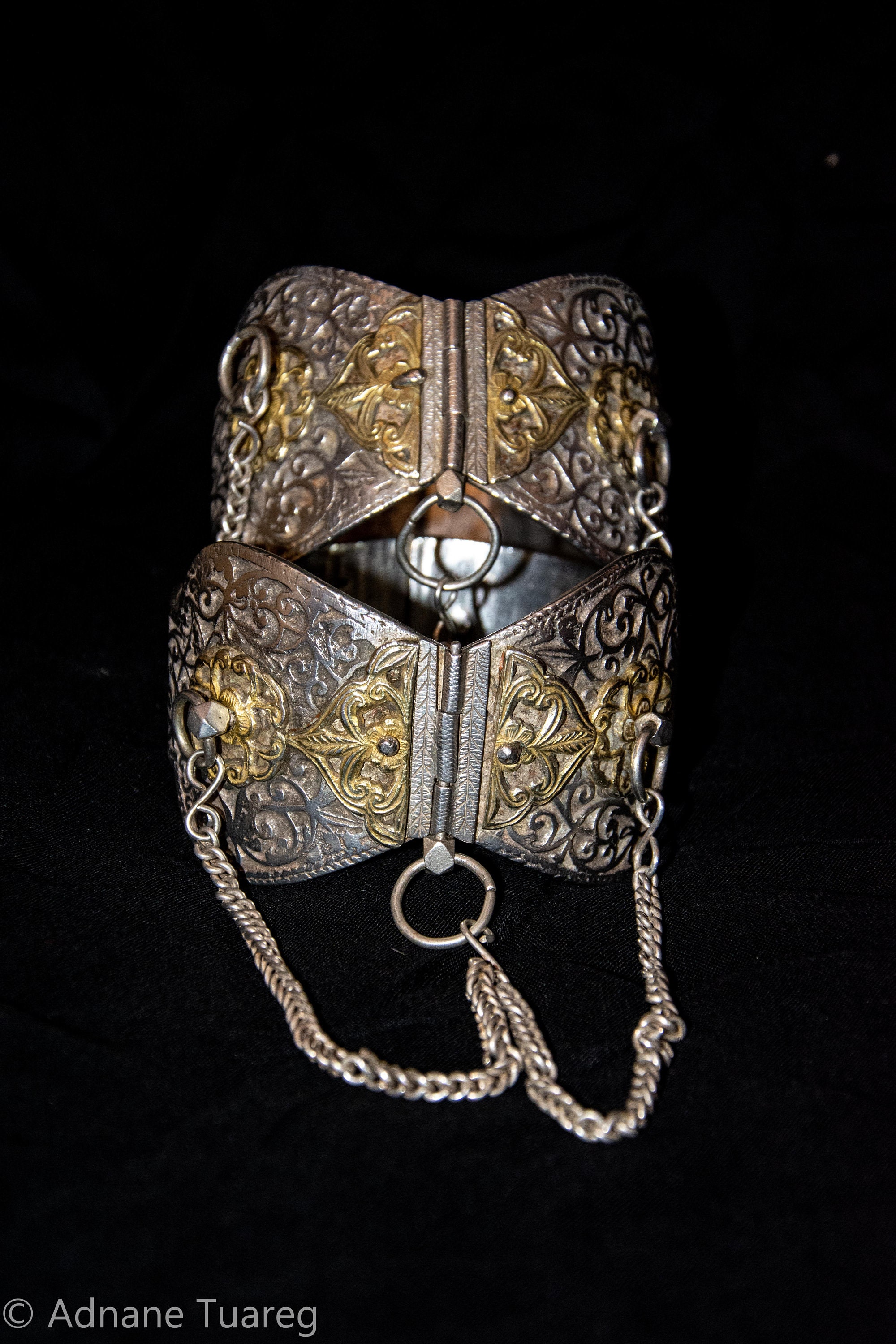 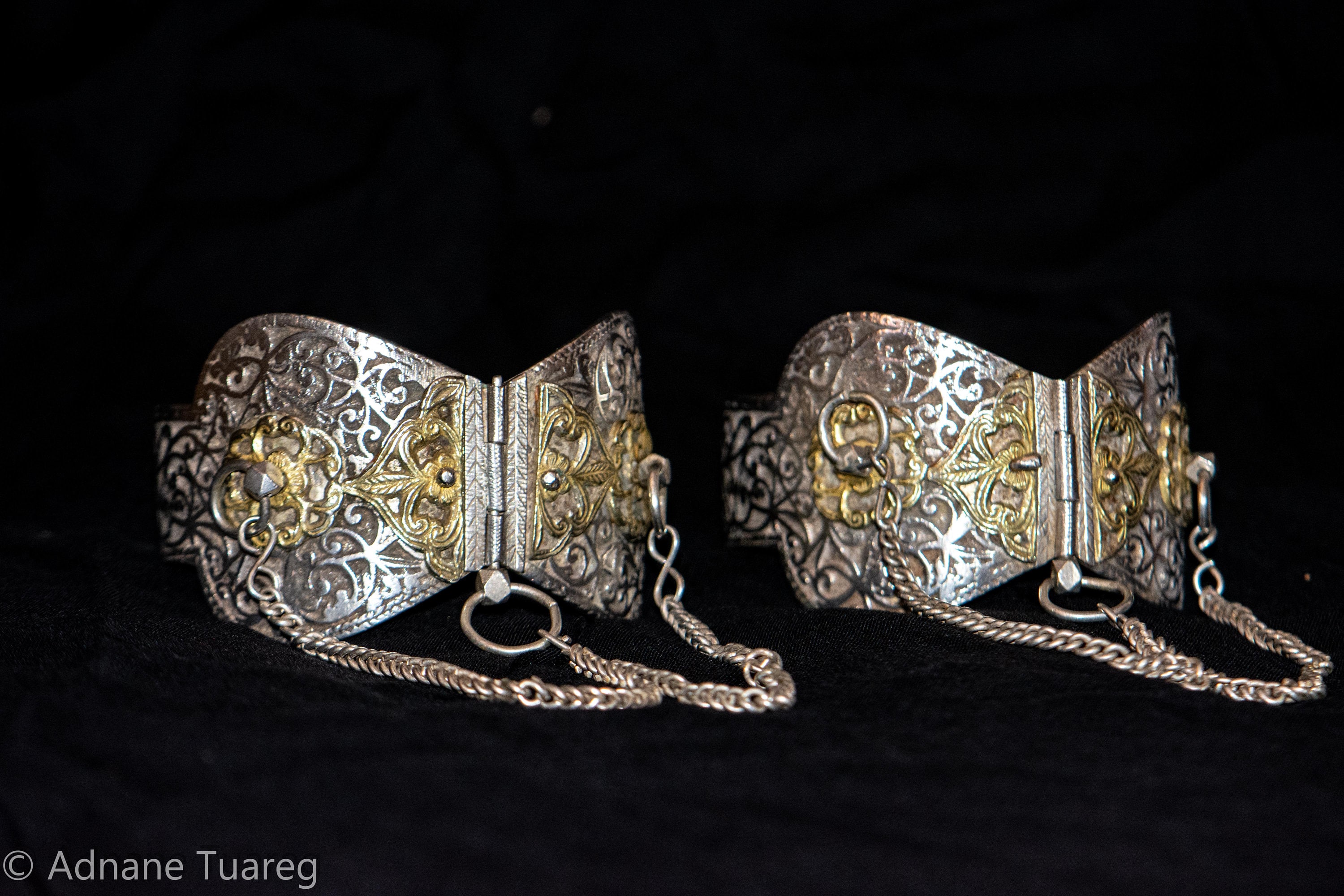 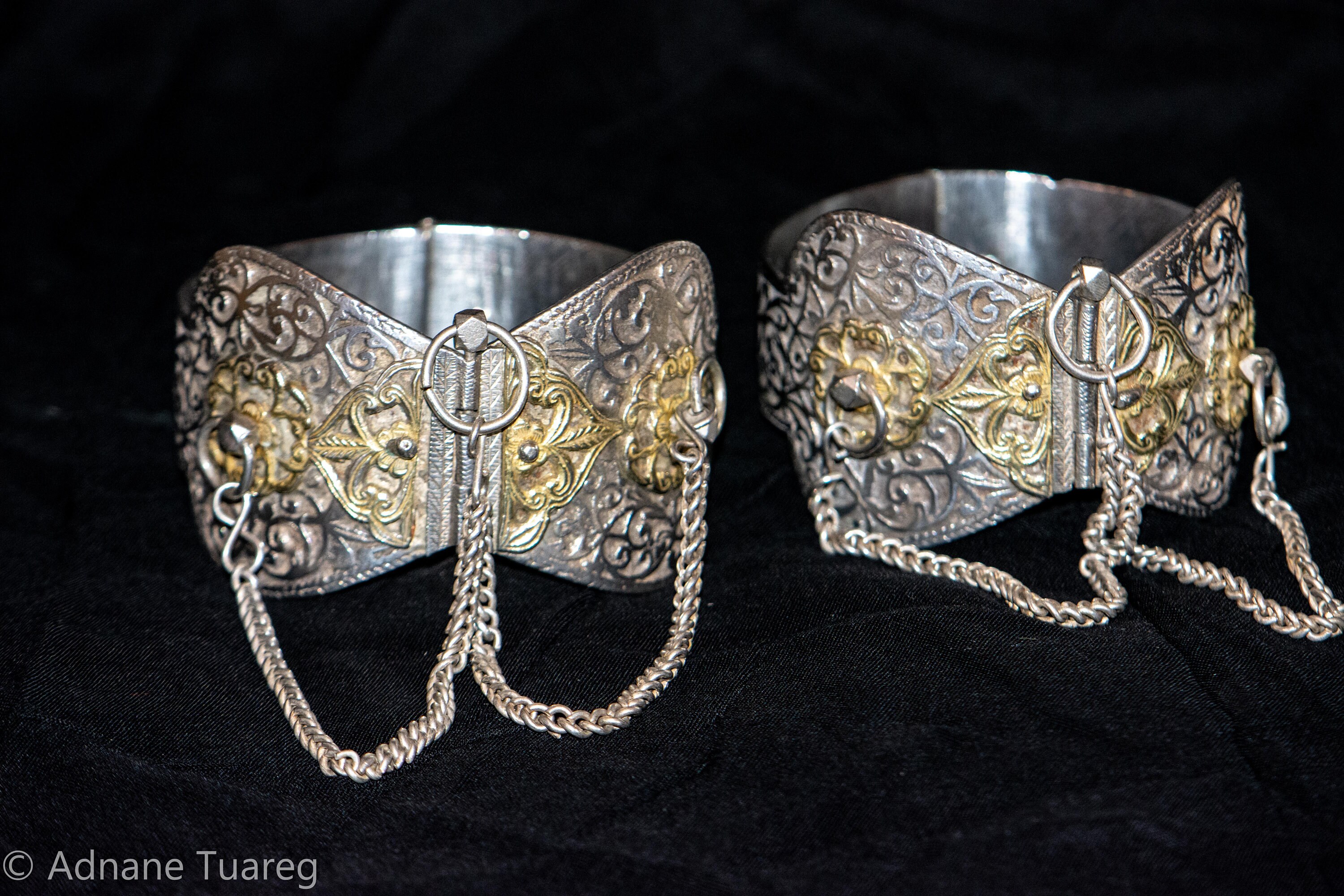 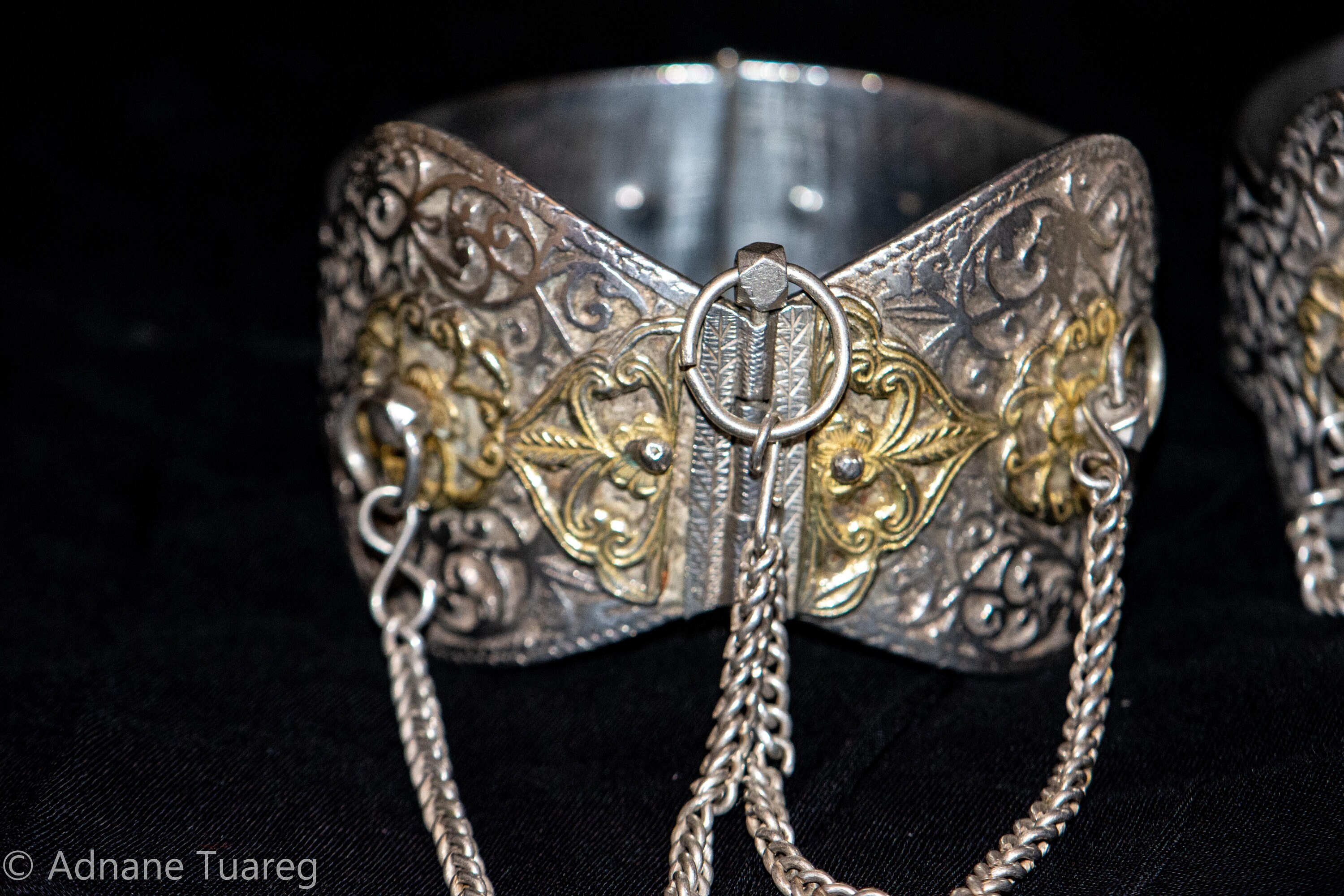 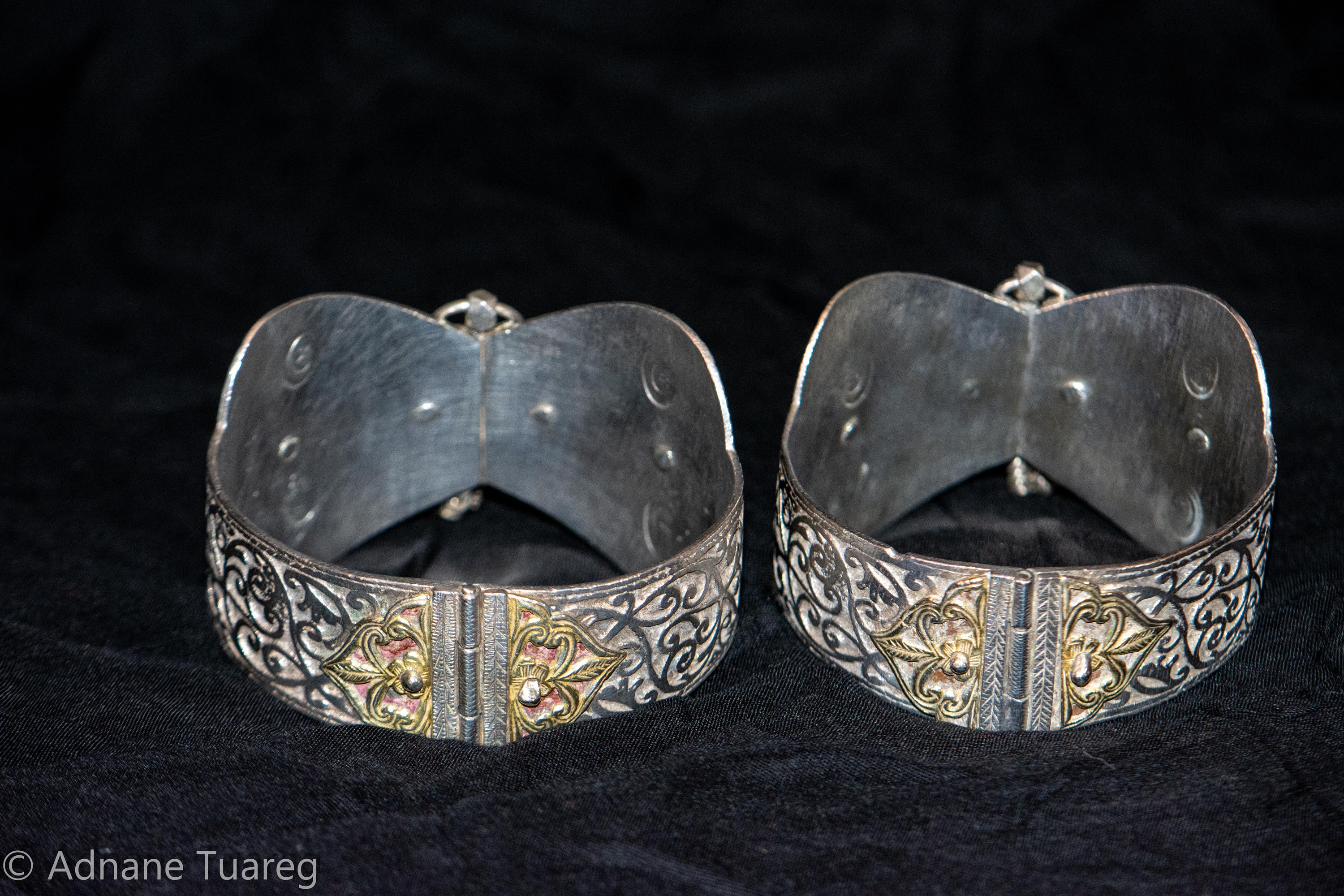 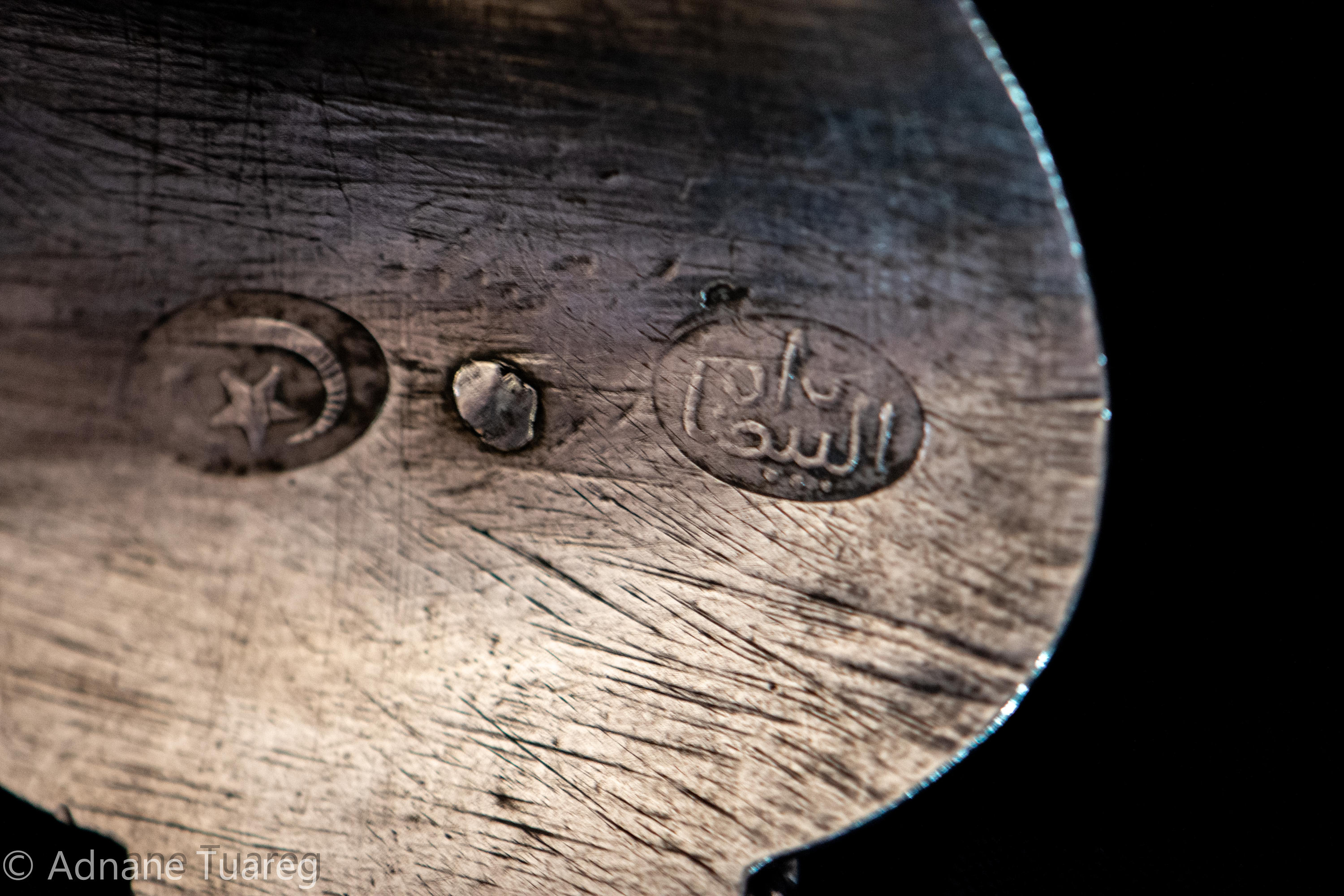 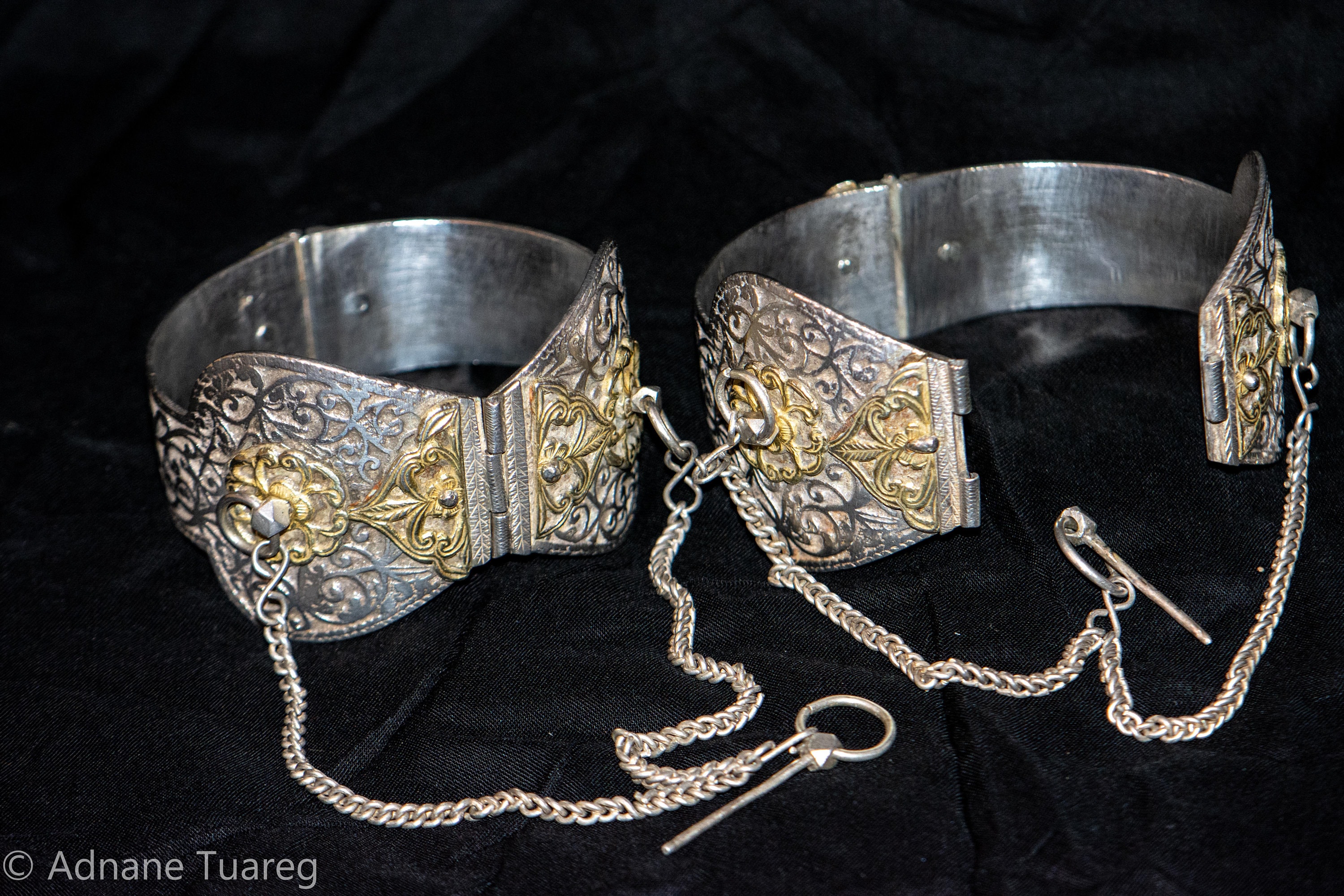 In fact, the vast majority of ankle rings that have come down to us date back, according to their hallmarks, to at least the Hegira 1230s to 1330s (approximately AD 1815 to AD 1910). They commonly weigh 250 or 400 grams, and always come in pairs. You have to imagine them pressing on the instep, hitting the ankle at the slightest movement in a jingling of chains; finery of great allure, which one sees at random from an interior scene in an orientalist painting, or under the edge of the caftan of the Moslem bride of Salé photographed by J. Jouin or represented by J. Besancenot. The latter indicates, in the commentary on Plate I of the Bijoux, that ankle rings are less and less worn by Moroccan city dwellers, only a few years after the observations of J. Jouin; but these concerned the brides, obviously adorned with ceremonial jewels. We remember that these observations go back to the 1930s. And thirty years later, by lifting the lids of trunks in the Marrakech jewelry souk, they could be found half-filled with such rings, sold for the weight of money by these same city-dwellers, and intended for melting. Too large, with a diameter of nine or ten centimeters, never to tempt tourists to put them on their arms, too heavy ... A century has separated the period of their great vogue from that of their disappearance from most of the heritage. Page 48 book bijoux du Maroc Marie rose rabate