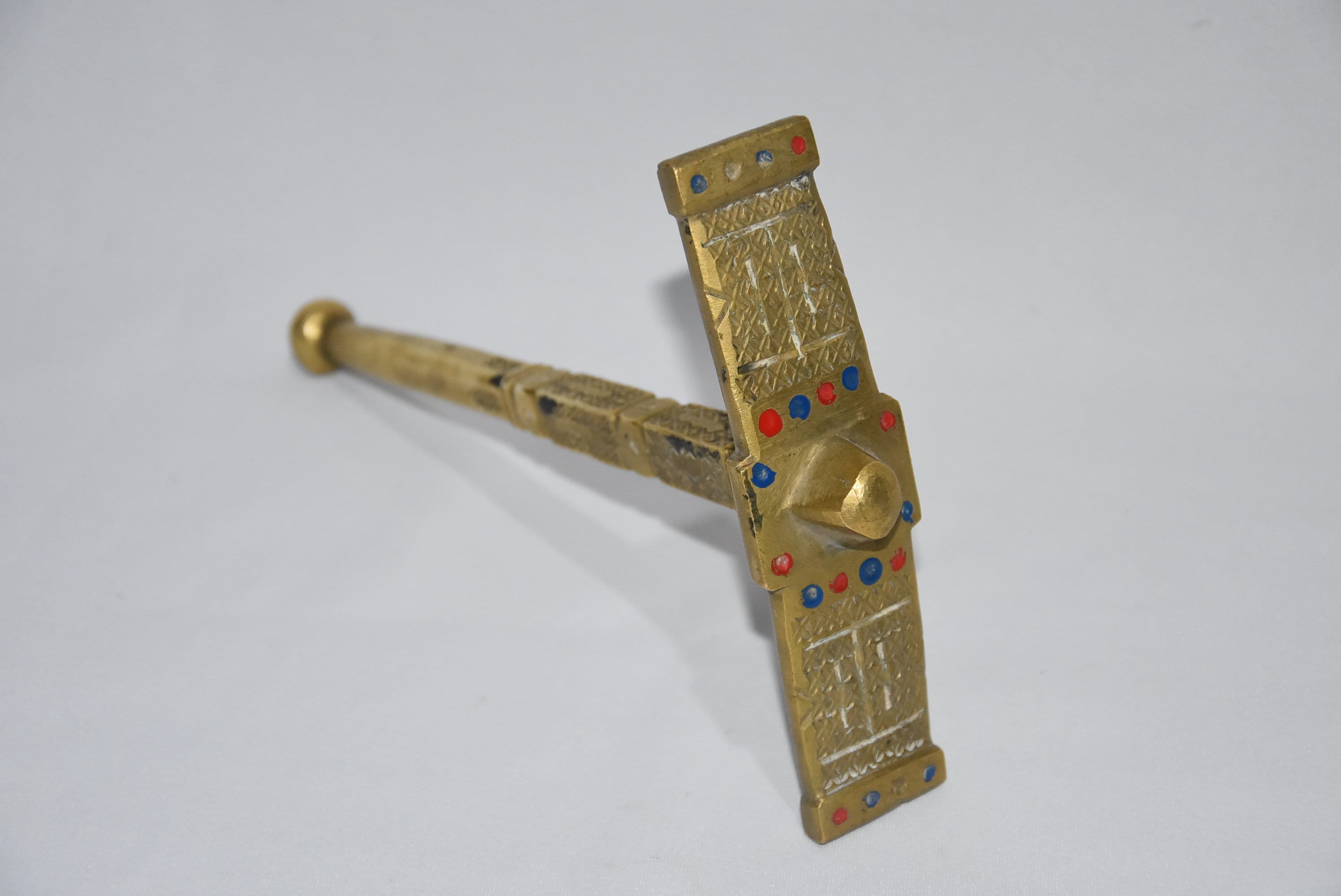 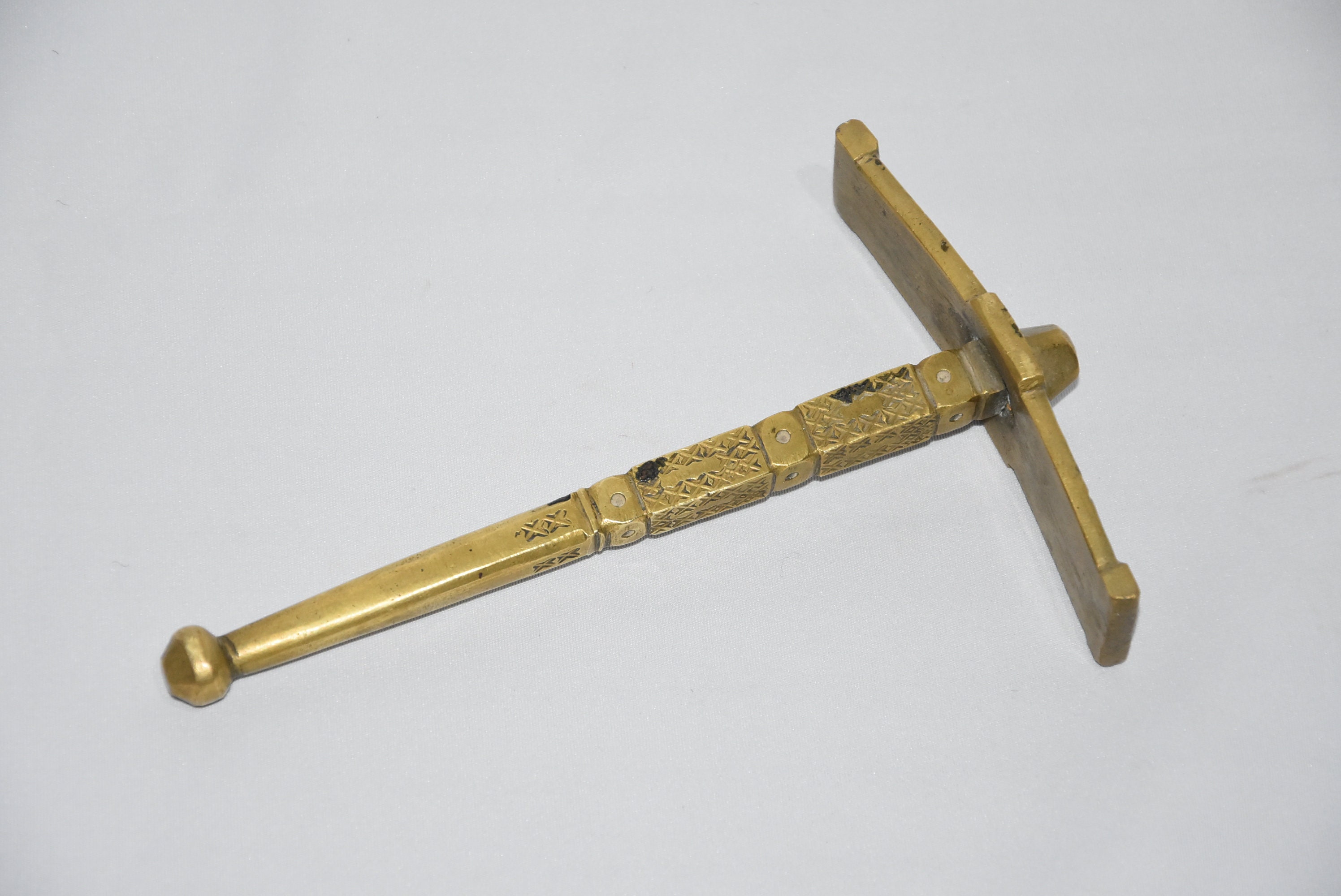 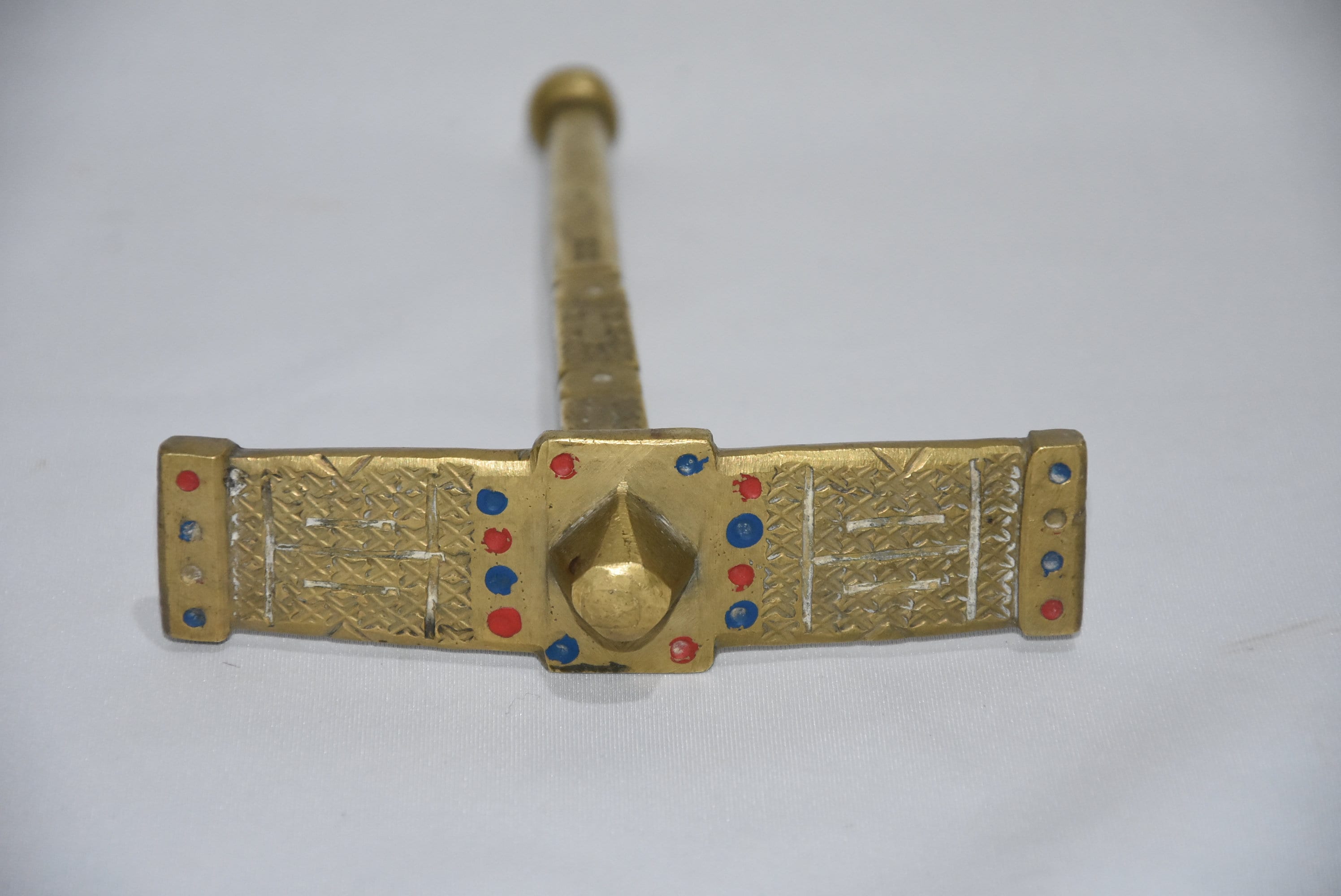 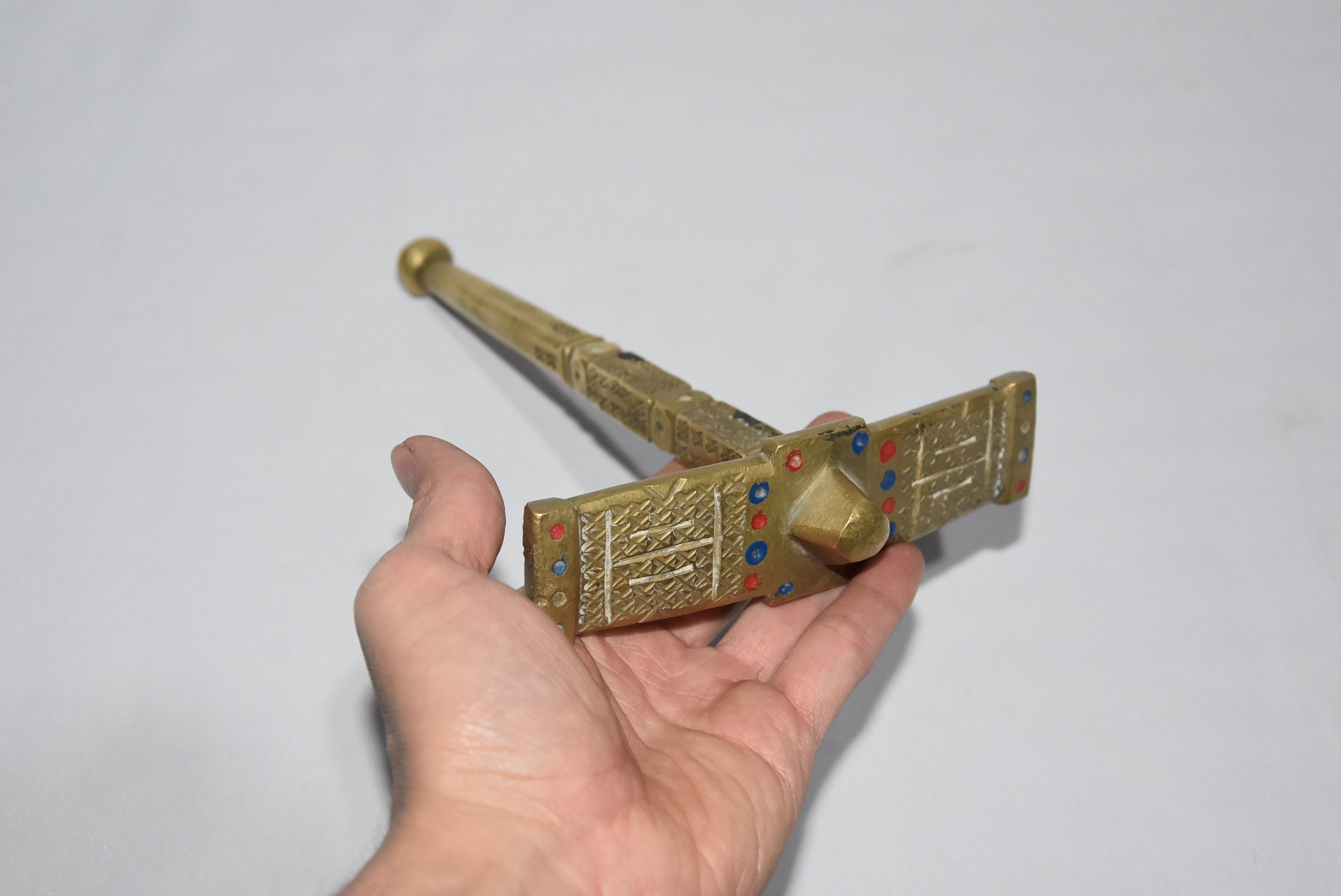 Authentic old Tuareg hammer, decorated with traditional geometric designs. These hammers are used by Tuareg to break blocks of sugar.